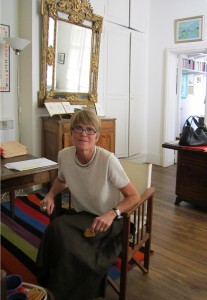 The Trouble with Fire has been translated into French.  In France, its title is Gare au feu. My Paris publisher, Sabine Wespieser Éditeur, is based in a 16th century building in the heart of St Germain, I went to the launch in Paris.

Sabine’s promotion of my book was superb.   I liked especially the way publishers promote their books to booksellers with a short video presentation. Here is mine:

I traveled to the book festival Etonnant Voyageurs with over 200 international writers on a specially commissioned Book Train to Saint-Malo. It’s an old walled seaport, full of brooding stone turrets and castles. I could see the tomb of writer Chateaubriand on the Ile de Bé from my hotel bedroom. The town is famous for its oysters and the consumption of them was astronomic. Sadly, I’m not an oyster fan. But I loved the massed irises in the town centre, the large blooms looking like blue flags. 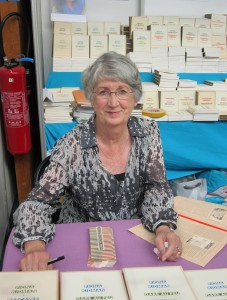 We all hung out together for 3 days, eating our way round fabulous restaurants, giving talks, interviews and signing books. I learned the art of simultaneous translation. It was great to bump into fellow New Zealand writers Dick and Patricia Grace from time. 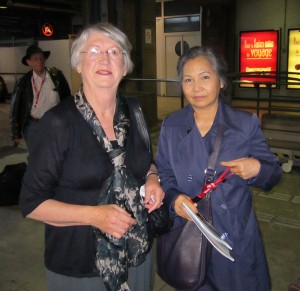 Fiona and Duong Thu Huong in a Paris Metro

One of my enduring memories of the festival is the moment in the Paris Metro when our group said goodbye to each other and Takis sang ‘Oh My darling Clementine’ which led to a kind of flash mob of fellow singers.

Sabine is a renowned hostess.  She threw one of her dinner parties for me, not the first time I’ve sampled her wonderful food. 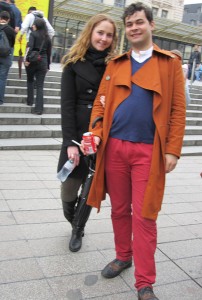 Tobias and Emma-Jayne, one of my grandsons and his partner, came over from London and we all had a riotous night. Tobi came well equipped with bottles of New Zealand wine.

This time Sabine made Pot au feu (it means Pot-on-the-Fire) in honour of Gare au feu.
I’ve never tried making this dish but I did when I got home, using Madeleine Hammond’s recipe from A Taste of France (see recipes). It required some time and patience; it might be a one off for me. You need to go to a good butcher for the meats.

I’m pretty happy with the reviews. Le Figaro, Le Monde, Liberation and another half dozen. Check some out.

Work over, I headed for the south of France and based myself in Le Ryad, a Moroccan hotel at the port of Marseilles, a red tiled mysterious place full of shadows and footsteps at night, by morning boasting hot Moroccan pancakes – and kiwifruit  – for breakfasts in a courtyard shadowed by loquat trees.

My friends Sokeary and Polyno took me motoring around old haunts in the south of France. Sokeary is an artist and a sculptor. 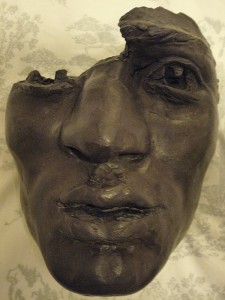 L’Artist Noir, a sculpture made by
Sokeary Pheng, which she gave to me.

I realised a dream from school days of seeing wild white horses in the marshlands of the Camargue region, and the flocks of flamingo. I first learned of them from my French text book En Route, at Waipu District High, more than half a century ago. 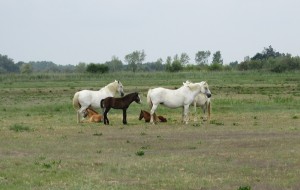 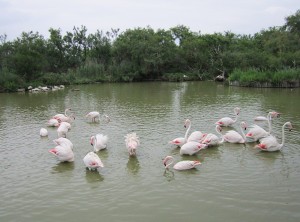 We went to a black fighting bull ranch, ate a splendid lunch, and drank harmless looking sangria which was anything but, and knocked us all sideways. 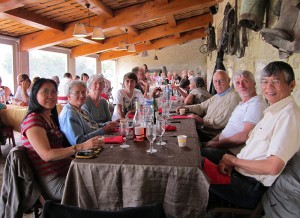 Lunch in the Camargue with Sokeary and Polyno in the foreground

On the pavement near Le Ryad stood a large metal giraffe (a bit like Jeff Thomson’s corrugated iron sculptures), with a box hole cut out of its middle. It is a book exchange, and people leave books there when they have finished with them, for others to pick up, and take one for themselves. 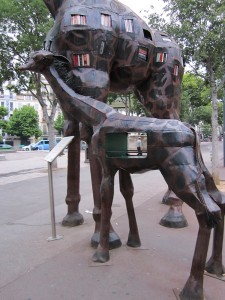 Permanent link to this article: https://fionakidman.com/france-2012-2/