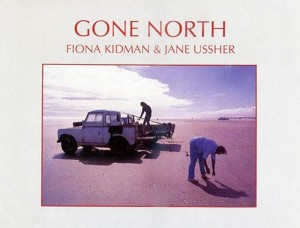 Synopsis
Gone North is the result of a number of journeys through Northland by writer Fiona Kidman and photographer Jane Ussher.

Fiona was brought up in Kerikeri and Waipu and believed she was on familiar territory although she quickly realised, as her journeys progressed, that there were many aspects of Northland that she had taken for granted. Jane Ussher had only been north of Auckland once before and her response is wonderfully fresh and spontaneous. No one has ever told her what the North was really like, and just how different it is. They both believe the history and geography of Northland have defined a different kind of New Zealand from the rest of the country, and a different kind of New Zealander. Gone North shows that difference to those who are unfamiliar with Northland, and will surprise many who think they know ‘the North’.

Permanent link to this article: https://fionakidman.com/gone-north/