The Book of Secrets 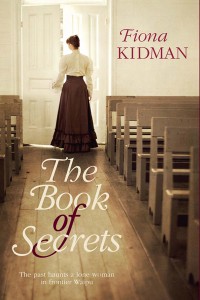 Synopsis: In a creaking old house, in the Far North of New Zealand, lives an old woman called Maria, who some call the ‘witch of Waipu.’ It is more than fifty years since she has lived as part of the community. Maria is descended from a line of strong women who have followed the fierce and charismatic preacher, Norman McLeod, across the world. McLeod and a group of crofters set off from Ullapool in the Highlands of Scotland in 1817, headed towards Nova Scotia. The crofters had been dispossessed from their homes following ‘the clearances’ by their landlords, after the battle at Culloden.

After nearly forty years at Cape Breton, in Nova Scotia, some of the settlers moved on to Australia, looking for more fertile land and easier living. In all, they built six ships: the “Margaret”, “Highland Lass”, “Gertrude”, “Spray”, “Breadalbane” and “Ellen Lewis” McLeod, by this time, was recognized as a great leader, but his attitudes were harsh, particularly towards women who had opinions of their own.

Some people wanted to follow him to the ends of the earth, but others chose to stay behind. Disaster struck in Australia when three of McLeod’s sons died of typhoid within six weeks of each other. McLeod petitioned Governor Grey for land in New Zealand, and a settlement in Waipu was established in 1853. 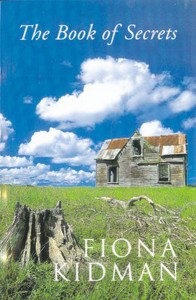 The Book of Secrets traces these journeys much as they happened through the eyes three generations of fictional women: Isabella, an independent-minded Englishwoman who follows her husband to Cape Breton, and loses him there, her daughter, Annie, who follows McLeod’s ways slavishly, and her daughter, Maria McClure, who offends the moral code of the community and lives in seclusion. She discovers the secrets of her past through her grandmother’s letters and journals.

Story Development: I lived in Waipu for two immensely happy years when I was a teenager (see publications below). Waipu was the scene of a remarkable settlement of Nova Scotians who came to New Zealand on six ships in the 1850s. I lived amongst the settlers’ descendants. My parents were farmers and we were supported and made welcome by our neighbours.

When I left, their stories haunted me for years. Eventually, I decided to write a novel based on the migrations. In all, it took me fourteen years of on again off again research. I travelled the route the settlers had taken, from the Highlands to Nova Scotia, where I lived with a coalmining family on Cape Breton Island, to Australia and back home to New Zealand.

Awards: The Book of Secrets won the Fiction category of the New Zealand Book Awards in 1986.

What the critics said about The Book of Secrets:

In the craft of her storytelling and in her compassionate gutsy tough expression of female experience, she is the best we have.’ NZ Listener

‘The Book of Secrets’ is ..being hailed as Fiona Kidman’s best and most ambitious novel to date. It traces familiar ground in her work, women’s lives and intertwined histories, but lifts them into a wider and more reverberative fabrication’ Dominion Sunday Star Times

‘The novel is truthful in the ways that history never is, in creating the lives of ordinary, important people’ Christchurch Press

Permanent link to this article: https://fionakidman.com/the-book-of-secrets/