Each year, with great generosity, the French government promotes the literature of one country. In 2006, New Zealand was chosen. French journalists visited New Zealand and wrote articles about New Zealand literature for publication in France. A documentary film was made about the 12 writers who were chosen to tour France as part of Les Belles Etrangéres. (it means The Beautiful Strangers).

A number of publications also appeared in France, with the work of the touring writers, and a special edition of the journal EUROPE, dedicated to the work of New Zealand writers, was published.

I was one of the fortunate twelve to be invited. My fellow writers were Albert Wendt, Vincent O’Sullivan, Owen Marshall, Elizabeth Knox, Chad Taylor, Geoff Cush. Sia Figiel, Allan Duff, James George and Dylan Horrocks. Jenny Bornholdt was with us in essence, although she was unable to tour.

In France we visited bookshops, libraries, cafés, universities and schools. We were based in Paris, but toured in pairs throughout the country. My travels took me to Marseilles, Manosque and Bordeaux. What a blast, what an absolutely superb experience. 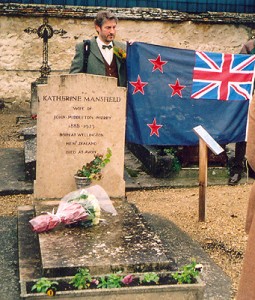 Permanent link to this article: https://fionakidman.com/les-belles-etrangeres/